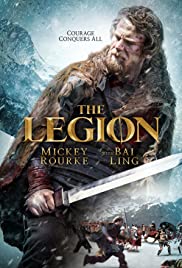 Nero’s reign. The invasion of Parthia has been a fiasco. Two Roman legions have been brought to a stand still in the snowy mountains of Armenia, and the men are dying slowly in the cold. The rest of the Roman army is in Syria, only two weeks march away but the mountains swarm with Parthian patrols. Noreno, a half-Roman, is entrusted the mission of crossing the mountains to ask for help. However, he might not be the best option, he’s an expert runner, but he despises Rome.